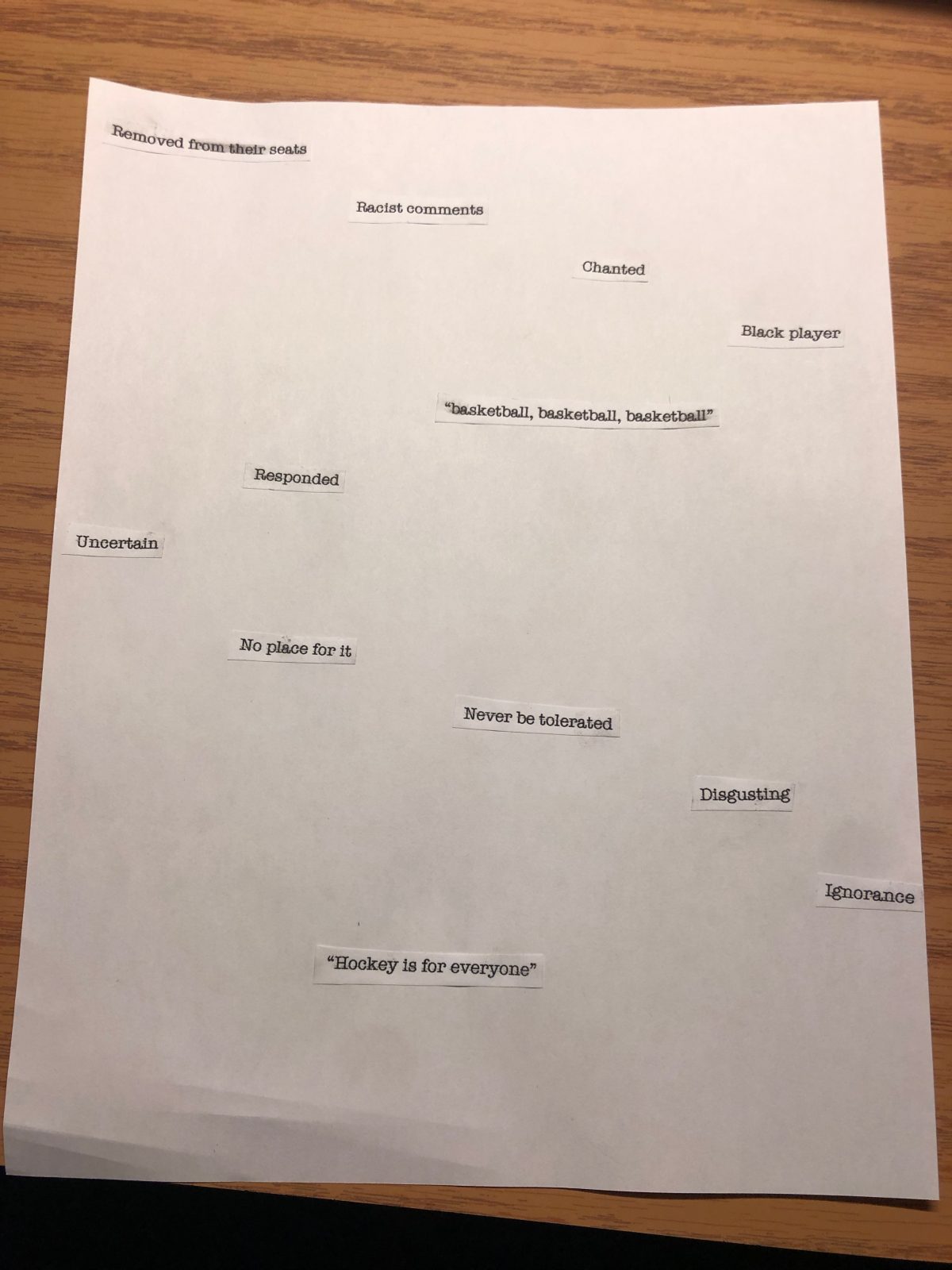 I decided to make my poem about a particular incident that occurred in the NHL a few years ago. I chose this particular event because in my opinion it was one of the more serious incidents the league has seen. I took statements from a Fox News article that were most meaningful and could convey the same message as the entire article. The article aggravated me due to the fact that there were fans who were insulting/making fun of someone who was just trying to do their job and play a sport. The player had done nothing wrong and was being bullied just because of the color of his skin. Hockey and all other sports, should be able to be played by everyone in a safe environment.

5 thoughts on “Racism in Hockey”