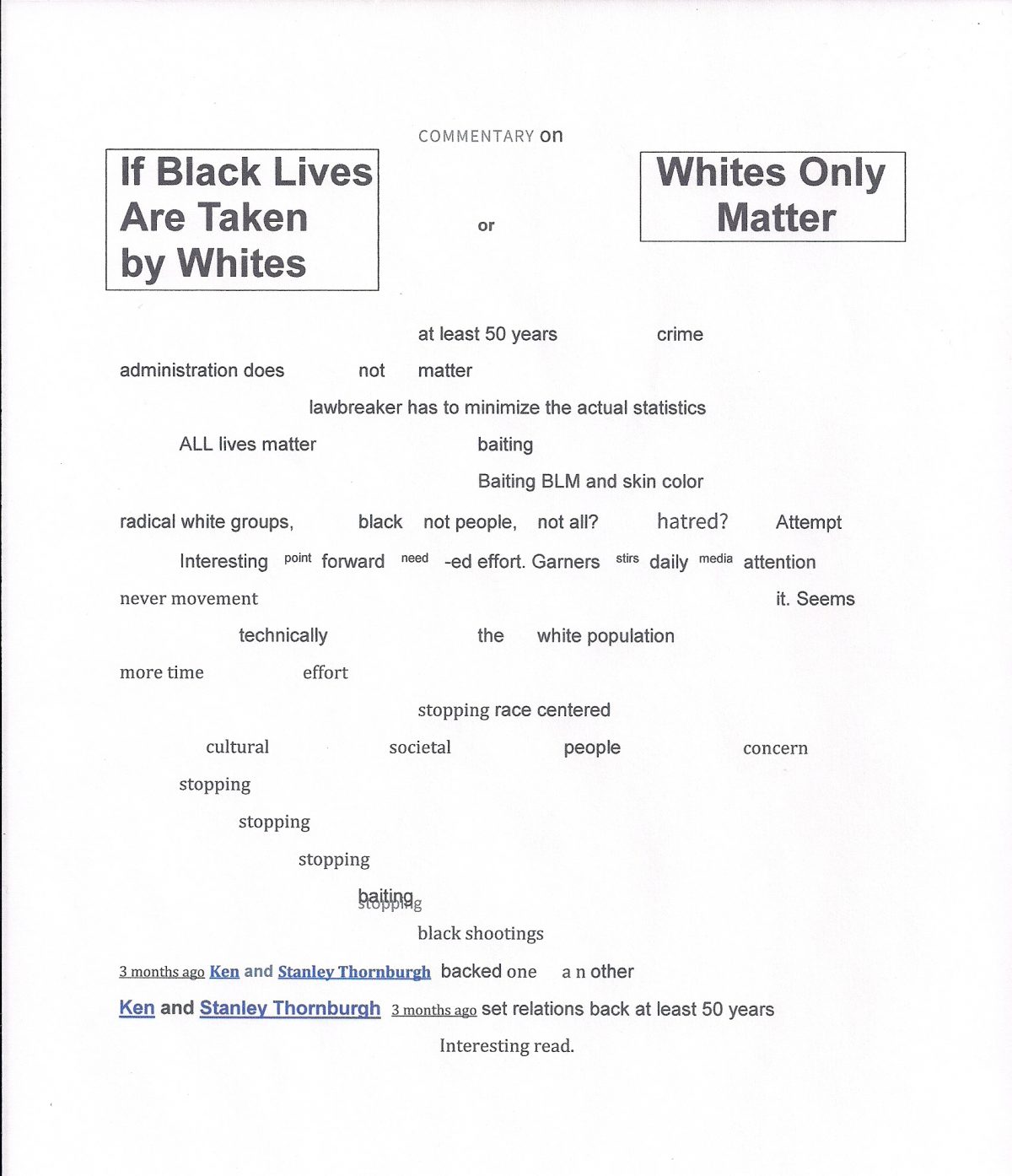 I made my found poem based off of an article made by a black man named Armstrong Williams. His argument was that black on black crime has less media coverage but white on black crime is frequently discussed. He questions reactions to violence against African Americans and how the majority of the time it is shallow- as only white on black crime stirs everyone into a frenzy, not actual concern over other realities woven into the black reality. His questioning of whether black lives matter if taken by other black lives was misinterpreted by the white people who had the utmost knowledge to comment. Black reality is often marred by violence, poverty, and other struggles, and those who commented failed to understand that violence within the community is perpetrated by these struggles- not by race, is why the coverage is reduced for black on black violence. Racism has profit for the privileged (white people) and this lack of privilege (for black people) is why white on black CRIME is covered more intensely. White on white violence is not always covered either, but finding a loophole for an “all lives matter” viewpoint is important for those attempting to keep privilege at the expense of others rather than evening privilege out.

Two comments by men named “Ken” and “Stanley Thornburgh” were what irritated me the most. The point I previously stated for why coverage for same race violence isn’t as frequent, was apparently incomprehensible for both men. The men stuck to an “all lives matter” p.o.v., subtly dismissing and ostracizing BLM along with the message Armstrong was attempting to convey. I took both of the comments and made conversation on phrases I felt were racist. I made a draft of the style I wished to portray through superscripted words, line spacing, and overlayed words. I wanted to portray how the conversations happening through the article and comments carry missed points, subtle conflicts and can even seem to talk over one another in the misunderstanding of action. I also kept formatting in font and size from the article and comments- which is why some words are larger, lighter or even a different color from the ones before them.